6,000+ Graduates Embarking on a New Journey

The commencement for undergraduates and the ceremony for the presentation of master’s and doctoral degrees were held at the stadium on the Weigang Campus respectively on the afternoon of June 20 and 21, signaling that more than 6,000 graduates of NAU will embark on a new journey of their life.

Among the attendees of the commencement for undergraduates held on June 20 were Party Secretary Chen Ligen, President Zhou Guanghong, and Prof. Shen Qirong, Chairman of the NAU Academic Committee. 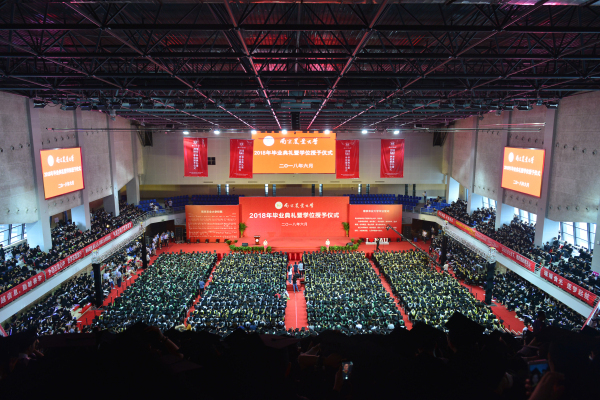 On behalf of NAU, President Zhou expressed his sincere wishes to and earnest expectations of graduates, expecting them keep three key words in mind—“dream”, “action” and “perseverance”—to encourage them to make unremitting efforts and never give up as they pursue their career goals. 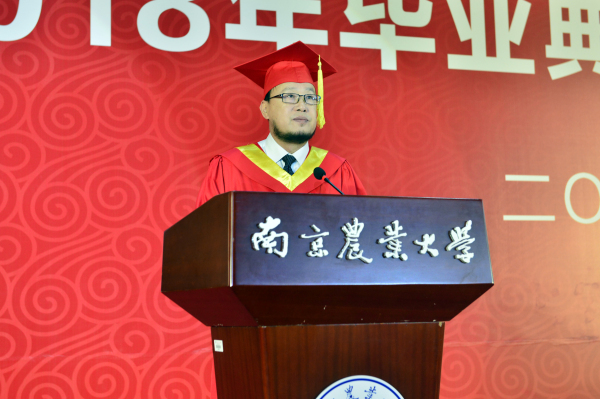 Speaking on behalf of the faculty of NAU, Prof. Zhu Yan, Dean of the College of Agriculture, expressed her expectations of the students from three aspects—never forget your dream as a youth; relentlessly move ahead with a sense of mission; and have a firm faith in a bright future.

As a representative of NAU’s alumni who graduated from the College of Plant Protection in 1995, Prof. Yijun Qi, now Deputy Dean of the School of Life Sciences of Tsinghua University and a Yangtze River Scholar, shared four career insights with graduates—align personal efforts with social and national developments; explore and find opportunities for personal and professional progression in cold realities; never be afraid to make mistakes, but to learn from them; and always be grateful and share what you have learnt.

Yuan Ziyun, a graduate of the College of Horticulture, also gave an inspiring speech on behalf of graduates.

At the commencement, graduates made a resounding, firm pledge to their alma mater—“Follow NAU’s traditions, bear in mind advice from teachers, keep abreast of the times and forge ahead in an enterprising spirit; and contribute to the prosperity of the nation and the improved wellbeing of the people.” At the bachelor’s degree presentation ceremony that followed, each graduate was awarded with a degree certificate and was given an opportunity to be photographed with the presenter, commemorating a happy end to their life at NAU.

At the ceremony for the presentation of master’s and doctoral degrees on June 21, Party Secretary Chen expressed his hopes for all the graduates—first, he quoted a famous saying “I will never care about my life, death, fortune or misfortune if what I do is beneficial for the country” to encourage graduates to align their personal career with national development and answer the call of our times and nation; second, he cited “a great success will not come without an ambitious goal; an ambitious goal will not be realized without persistent efforts” to inspire graduates to aim high and work hard; third, he reminded graduates of the ancient saying that “When Confucius reaches the peak of Dongshan Mountain, he finds the Kingdom of Lu a tiny place; when he reaches the peak of Mount Tai, he finds the entire world a tiny place” as his wish of graduates to examine, challenge and improve themselves in the context of global agricultural development and needs; and finally, he quoted the proverb “A goat will drink milk on its knees as a token of gratitude to the one who feeds it; a crow will find food for its mother when it grows up” to remind graduates of the dedication of their teachers and advisors and cherish the deep friendship they have built on campus, no matter where they are. 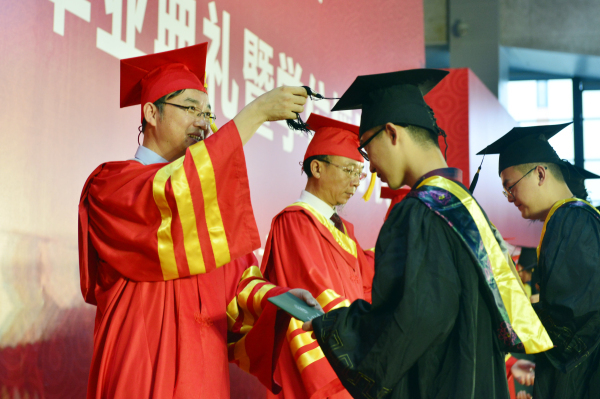 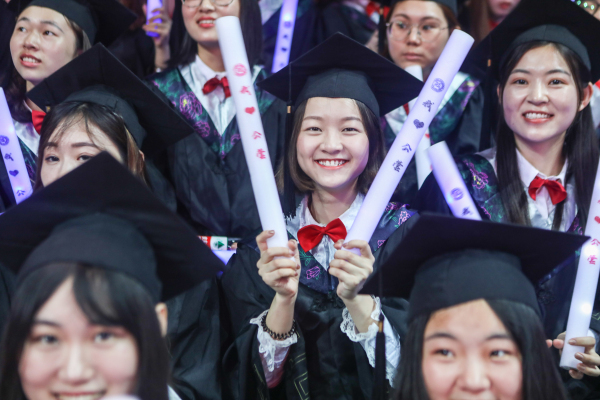 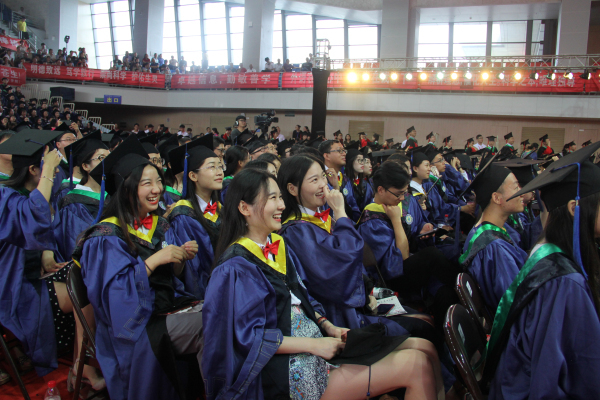 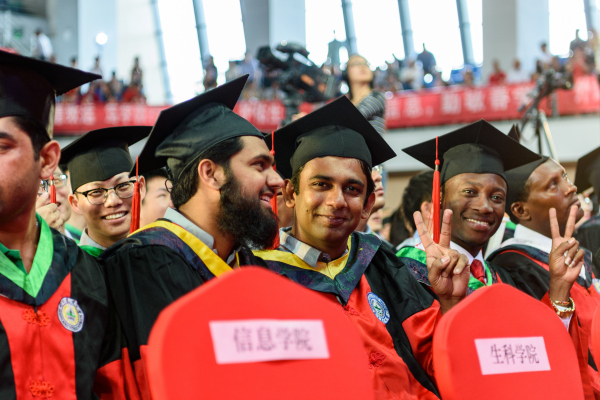 Prof. Zhong Funing, Vice Chairman of the NAU Academic Committee, Member of the NAU Academic Degree Evaluation Committee and “Zhongshan Scholar” Distinguished Professor, read the list of candidates eligible for master’s and doctoral degrees. Vice President Chen Fadi turned tassels for each master’s graduates, whereas President Zhou Guanghong turned tassels for doctoral graduates. After being presented with a degree certificate, each graduate also posed for a photo with the presenter.

Prof. Zhang Zhengguang of the College of Plant Protection also gave a speech on behalf of all advisors and expressed his hopes and best wishes for graduates. 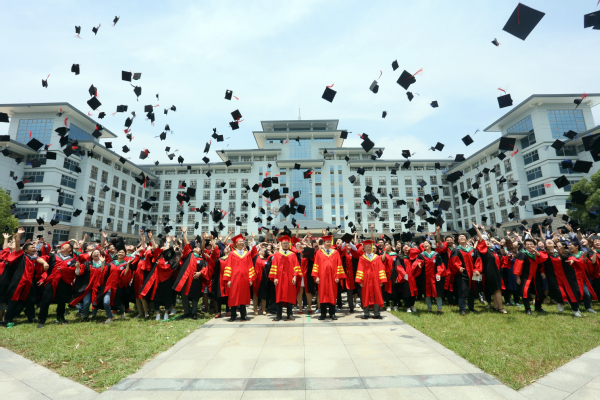